Mary Alice Druhan is currently an official member of the Dallas Winds and has also performed as a member of the U.S. Army Band, “Pershing’s Own,” the Baton Rouge and Acadiana symphonies, and more recently with the Color of Sound, Mount Vernon Music, Dallas Festival of Modern Music, Triforia Winds, DeuxEaux, Shreveport Opera, and the Shreveport, East Texas, Plano, Wichita Falls, Sherman and Richardson symphonies.

As a soloist and chamber musician, Mary has performed around the world. 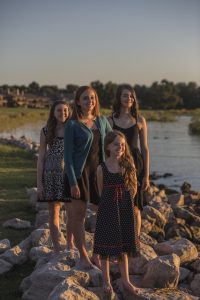 Mary has had a very successful career through the support of her family, including her husband Sean and their four daughters.

As a college professor, Dr. Druhan has built an active clarinet studio at Texas A&M University – Commerce since her hire in 2002 and the university has recognized her with several nominations and awards including the 2011 James “Jim” Vornberg Award for Teaching, the 2010 Provost Award for research, and the 2016 H.M. Lafferty Distinguished Faculty Award. 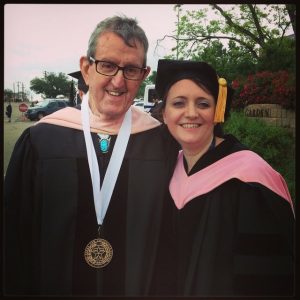 Dr. Druhan has enjoyed a number of amazing, collaborative relationships with remarkable musicians and professors including Dr. Ted Hansen (theory and composition faculty at TAMUC) until his passing in 2018.

During the D.M.A. degree, Mary completed her lecture recital and document around the topic of Multimedia music, tracing its early development in the 1960s up to more current pieces. She completed her degree in 2003 after finishing her role in The U.S. Army Band, “Pershing’s Own” and moving to Texas.

In 2011 Mary suffered a debilitating playing-related injury, inspiring her research into musician injury, prevention, and recovery. Her work in this area has been featured in The Clarinet and the SAI Pan Pipes. She presents lectures about musician injury and injury prevention for schools and conferences around the country, including for ClarinetFest and NACWPI.